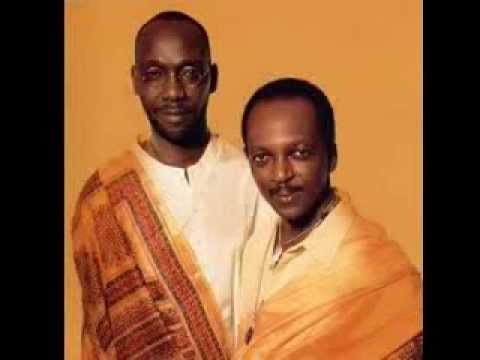 Not Now. The styles of the pieces are heavily varied, starting with a pair of synthesizer-heavy works, reminiscent of the earlier world music scene, then moving to a piece infused with a liberal dose of Cuban charango. Works with faster tempos follow, mildly similar to those of the band's countryman Baaba Maal.

Still to come on the album, though, are pieces of reggae, vague bluesy types of sounds, and a couple of works that almost seem like Quincy Jones productions aside from the language. The album is almost a retrospective of stereotypical world music sounds which Catapum - Los Melódicos - Heavy! not be all that surprising, given that Putumayo is the company behind it.